Our House, in the Middle of our Street 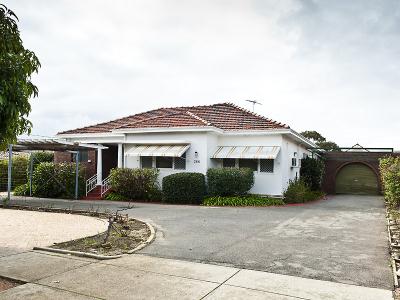 My Mum literally snorted when I told her we’d be in this house until the kids were old enough to move out.  Probably because this will be our 6th house in the last 15 years.  Mr D & I get itchy feet pretty fast, we have grand ideas & lucky for us, plenty of time to mess around renovating.  Hence, we have moved around quite a bit to quell our fix!

Mind you, that was before we had kids, & now we have Oaks (7yrs) & the D-Man (3yrs) we are ready to settle down.  We’ve also pretty much bought our dream house.  The bonus is it’s big enough to keep us busy for a LONG time.  It also cost us so much money to buy it, we don’t actually have a ton of cash left to spend on it.  So it will be a work in progress & should keep us there & occupied for the long term!

It was built in 1949 & the same owners have lived in it until November 2013 when we bought it.  The couple had raised three boys in this house, spent their entire lives in this house & poured their hearts & souls into the renovations of this house over the 60 odd years they’d been in it.  There were two offers on the table, one was ours, the other, developers who had offered a little more than us.  Bless, they accepted our offer, simply because they wanted a family to live in their precious family home, rather than have developers knock it down, all their memories with it.

The day we moved in, they left us a bottle of wine, a bunch of flowers & a series of photos of the house over the years.  So gorgeous, we felt very privileged to be taking this house on its next journey!

Honestly, I love this house, it felt like home the moment we moved in.  Unfortunately there was a lot to do before we actually moved in!

Step 1 was carpet & wall paper.  The carpet was still original blue swirly 1950s, gorgeous, but not to our taste!  Just about every room in the house was wallpapered, floor to ceiling, even the kitchen.  Floral.  So, up came the carpet.  New carpet into the kids room & spare bedrooms, & beautiful polished original floorboards throughout the living & master bedrooms.

White paint was next.  Throughout!  Ah, the old girl was back to her former glory & looking gorgeous!  New lighting, & ceiling fans – would have loved some ducted air conditioning, but the budget wouldn’t allow for that just yet!

The back “sun room” was dismantled & turned into an alfresco area.

Lace curtains & decade old venetians, out the door.  Budget but simple roller & roman blinds added.  Thank goodness we had bulk rubbish collection not soon after we started the demolition.

We were in!  Stay tuned for more exciting renovating adventures at 286 Hancock St!!

Renovating, is it your cup of tea?  Or would you rather pay the experts?  Or are you the type that just wouldn’t buy something that needed the work? 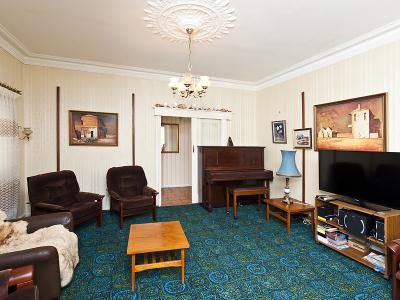 There’s that carpet! Pretty much everything has gone from that room except that beautiful ceiling rose! 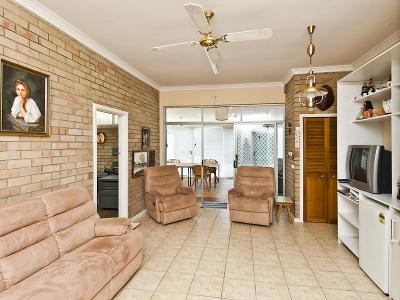 Ah, the 1970s add on! We’ve rendered all that brickwork, still living with the tiles at this point…

Aging Gracefully – How Can I Do It? 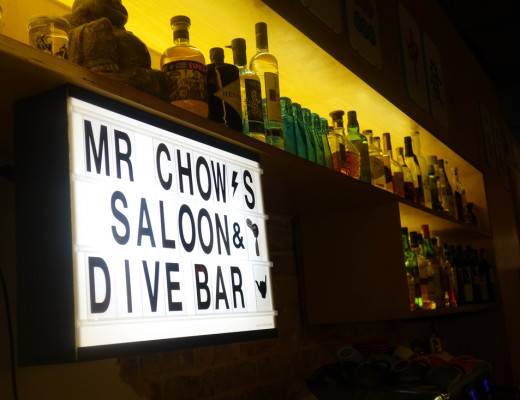 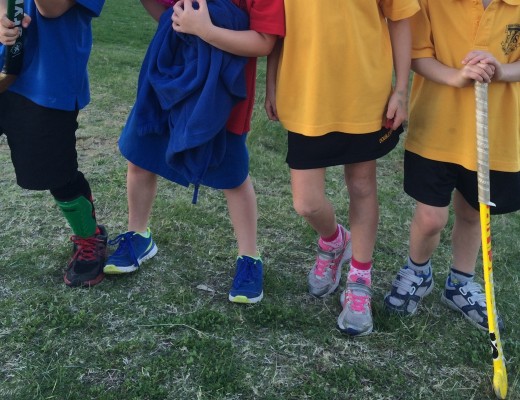 This Girl Is On Fire