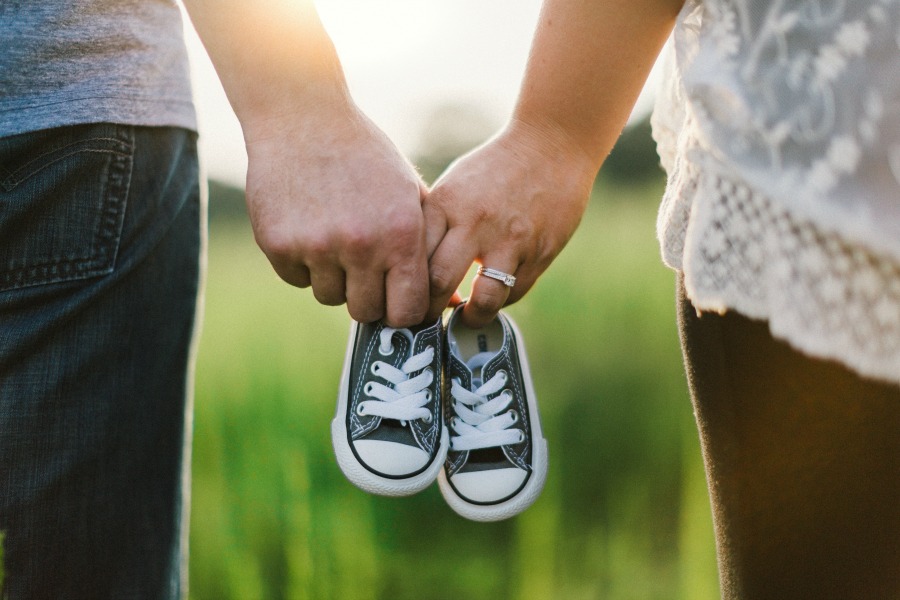 A friend of mine just shared this post by The Young Mummy called Empty on her Facebook page.  It tells of her struggle with possible fertility issues & coping with not falling pregnant.

The friend who shared the post, received many messages of love & support on Facebook, along with mine.  It was only later that I decided I wanted to tell her more about my own experiences with my own situation & my desire to let her know that she could talk to me about it.

As I went to write her a text to catch up, I thought I would put a letter to her here, for everyone who might be experiencing this or who has experienced something similar.  Safety in numbers so to speak!

I was 33 when I delivered my first baby.

That is quite a bit older than you in the scheme of conceiving & as I relate to you the difficulties I faced falling pregnant in the first instance, I want this to be the first thing you remember, you, have time on your side.  I know you want it now.  But you still have time.

I had finally convinced Mr D that we did really want to start a family, & I remember one of the things I convinced we were ready (he wasn’t – ha ha!), was that coming off the pill & falling pregnant could take some significant time, so there was no rush, we’d just get off the pill & see what happened.

Well, I came off the pill & nothing happened.

Not for about 20 months, at which time our GP suggested that testing should happen to see if there was a problem.

Luckily for us, a friend suggested we see a Naturopath in the meantime.  We already regularly visited a Naturopath, a wonderful guy,  so off we went to see him & get his thoughts on our situation.  It was quite simply the best thing we ever did.  Not only did he help Mr D & I out physically, he was motivated, encouraging & became the voice in the darkness that told us, we could do this.

I don’t remember now exactly what either of us took in terms of supplements & the like, I was drinking some pretty horrible potions he was mixing up for me, but about 2 months later I was pregnant.

Unfortunately that Little One was not meant to be & I had my first miscarriage about 4 weeks later.

But, here is piece of advice Number 2 that I want you to take away with you & that our Naturopath kept reminding me.  You were pregnant.  You can get pregnant.  And I know you my friend, already have a precious little bundle of joy.  So you too, CAN get pregnant.  Hold that close.

I sold my business, time for a change.  Mr D & I headed for Europe, backpacking like 22 years olds for 3 months.

We had our first ever Christmas away from home, in Austria in the snow.  It was bliss.  We ate & drank & laughed for 2 and a half months.

Then we arrived in Champagne, France.  The morning we had booked to go on a tour of Moet & Chandon I took the pregnancy test that I had hidden away in the bottom of my backpack for the whole trip & took the test.

Positive.  We were pregnant.

We took the Moet& Chandon tour.  There’s a photo of us beaming from ear to ear.  I still drank the free glass of bubbles on offer!  I smile even now thinking about that day.

I spent the rest of the trip in bathrooms checking that I wasn’t bleeding.

But all’s well, that ends well as you know, I stayed pregnant & our little Champagne baby is now nearly 9 years old!

I’m not going to tell you that my story is your story, I know it’s different for everyone.  But what I do want you to know, is don’t be afraid to share what you’re going through with your friends & family.  You might be surprised what they can tell you.

As for Baby Number 2, well that’s a whole another story for you for another time!

Infertility, falling pregnant, staying pregnant, it’s different for everyone.  Did you fall pregnant easily?  Have you got an experience you’d like to share?